Sany Group Co Ltd, one of China's leading machinery equipment manufacturers, is poised to invest heavily in the internet of things and committed to sharing its benefits with more small and medium-sized manufacturers 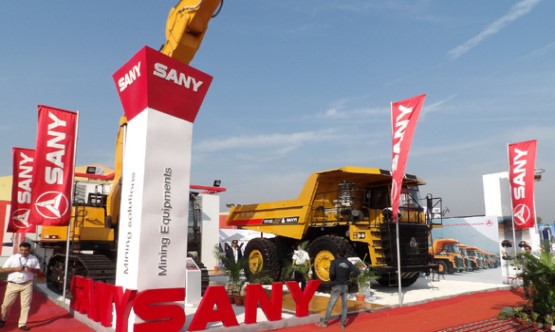 ​SANY India today announced its foray into the mining segment at the International Mining & Machinery Exhibition (IMME) 2016, held in Kolkata. The SANY Heavy Industry Co (KENYA) LTD (SANY) has been recognized with the 2016 Excellent After-Sales Service Supplier Award for its contribution to the Mombasa-Nairobi project. SANY Group has made a history when they exported wind turbines to the Ralls Wind Farm in the United States. SANY India, a leading manufacturer of construction machinery and renewable equipment, today announced the roll out of 1000th and 1001st machine from its plant in Chakan, Pune. Sany Port Machinery, a subsidiary of Sany Group, has won the order for 31 units of mobile port machinery.